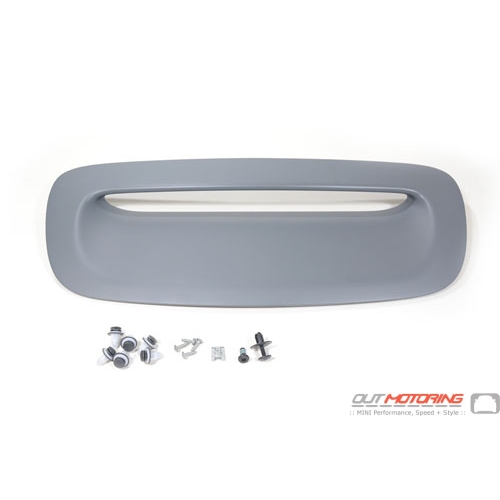 Aaron Cornaby is the man! I can't say enough good things about him, or his staff. All of my questions were answered in a prompt, professional manner, and Outmotoring has the BEST prices around - I'd know, I'm a penny pincher. They were also kind enough to send me out a part for the coil overs I had ordered to complete them since I ordered the GEN1, instead of the GEN2 - d'oh!

Thanks, dude! You guys ROOOCK!!! John DeMaio
A note of appreciation from our MINI club...

-Greg Greg
Bought, received, and installed. If you own a Mini Cooper... Bookmark this website. I purchase shocks for my hatchback and installed them in minutes.... MINUTES! Before I knew it they were here. I deliver pizzas and need my hatchback and it was so quick and easy. If you love your Mini like I do, this is the "Best Resource" website you can have. Owning your Mini is for the "Rich"... Love driving your Mini.... "It is a life changing experience". It is a feeling you never felt before, hard to explain... I love my girlfriend but my Mini takes me to places physically and emotionally is the only was to describe it. Mini is a "cliche"... It hold a HUGE part of my heart that can never be replaced. michael
Read MORE COMMENTS »      Write Your Own Testimonial »