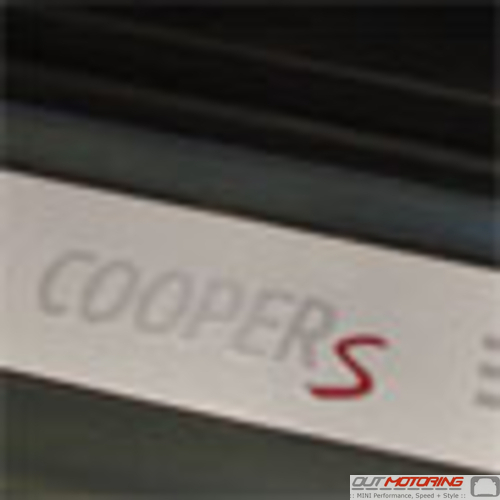 I have spent roughly 400-500 dollars with Outmotoring since the purchase of my 1st Gen MCS. I have only had one small issue with paypal not working to complete the order correctly, which was solved as soon as I emailed them. Great customer service, and excellent products at good prices. I will continue to shop with Outmotoring for anything I need for my MINI. Matt
I just received my (latest) order from you guys, Blackline taillights for my R56. As always, the quality of the product was equal to OEM and the fitment was perfect. The DIY installation was quick and painless.
I just wanted to thank you for consistently offering high quality aftermarket parts and goodies for our cars.
I appreciate the repeat customer discount, and since mods never really end, you'll be hearing from me again, I'm sure. John Alfenito
I am a new Mini Cooper convertible owner. The car I bought had a busted rear third brake light. The lights worked just fine, but the red plastic cover was missing. I expected it to be very expensive, however, I went on an online search and found OutMotoring.com. I was pleasantly surprised to find out they had what I needed, and it was not expensive at all - far less than I expected! Other sites were charging more than twice as much! ordered it on the 12th, had it by the 15th (and I didn't pay expedited shipping).