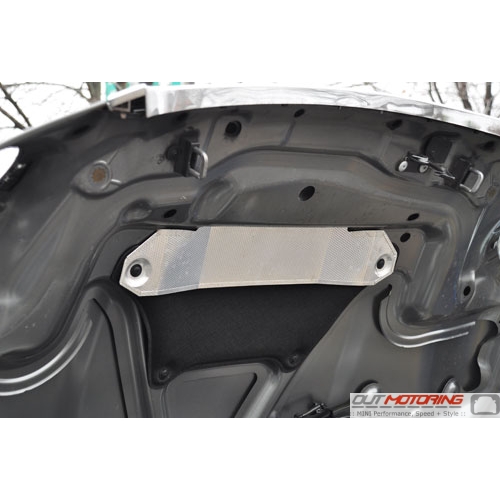 If you have purchased this item and would like to leave a product review please sign in to add your review.
1 Most useful customer reviews (see all reviews):
Guest
Note that this will NOT fit 2013 models as MINI changed the underside of the bonnet.

I've ordered from Outmotoring several times now. They are a model of customer service. Great website, great products, quick shipping. I will order everything for my MINI from Outmotoring from now on! Nick Simpson
Got my scoop guys, many thanks from Australia...will be ordering stuff from you guys again...Ellie Ellie B
Thank you for being the most reliable source for my Mini project(s). I really appreciate the service and attention to detail. All the best. You can quote me on that- Daren Daren
Read MORE COMMENTS »      Write Your Own Testimonial »