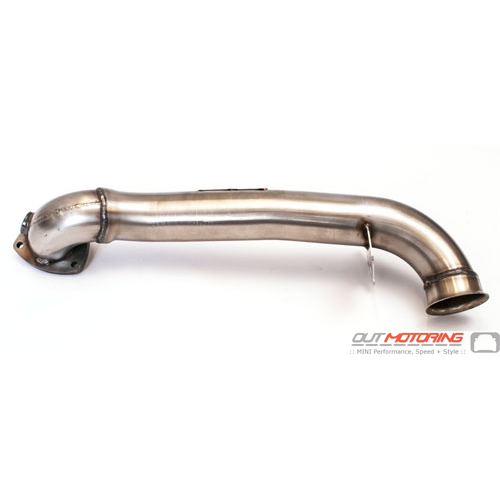 Every product I have ordered from OutMotoring has been shipped promptly and the quality has been superb. OutMotorings customer service has simply been outstanding. Extremely helpful with tracking down difficult to find parts and odds and ends needed for some installs that they didn't have listed, but got for me and had shipped directly to me. Their prices pretty much beat everyone else, but its the outstanding customer service that will keep me a loyal customer. Daniel Sonder
My hitch for my R53 came in today and 3 hours later it is installed and the car is all back together. The fit and finish are excellent and I couldn't be happier with the product. The only problem I had is that the instructions mention zip ties and replacement trim mount clips but the little Baggie included in my box was empty. Someone forgot to pop the parts into the bag before tossing the bag into the box. Didn't really effect me because I didn't break any trim tabs and I have PLENTY of zip ties.

Dave
Chili Red Owner #552 David Rigg
I can’t say enough about Outmotoring and Aaron. Hands down the best experience as a customer. Always ready to answer all my questions. Extremely knowledgeable. Thank you so much! Luis
Read MORE COMMENTS »      Write Your Own Testimonial »