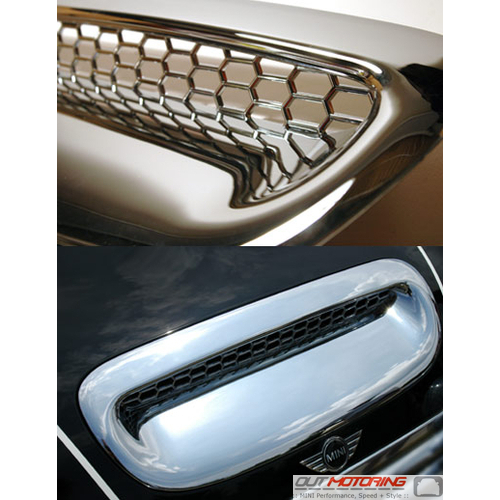 If you have purchased this item and would like to leave a product review please sign in to add your review.
1 Most useful customer reviews (see all reviews):
Monica Richards
Looks awesome but melts - have gone through 2, getting ready to purchase a long overdue 3rd one.

I am from Melbourne Australia.
I would like to thank Out Motoring for the excellent service with my order. I was informed every step of the way through the delivery process and the products are exactly as displayed. Very happy Allan woodworth
Greetings,

Best,
Mark Mark
I have ordered from Aaron a couple of times. He had parts that no one, to include parts houses, had and got them to me quickly. Seriously just 2 days. Aaron and I emailed back and forth about an address change that needed to be made post order, because of a blunder on my end. He handled it and things went well. A crazy motor head, and 9 emails later Aaron had things going the right direction. Kudos to him and the team at OM!!!! Jesse Kennamer
Read MORE COMMENTS »      Write Your Own Testimonial »