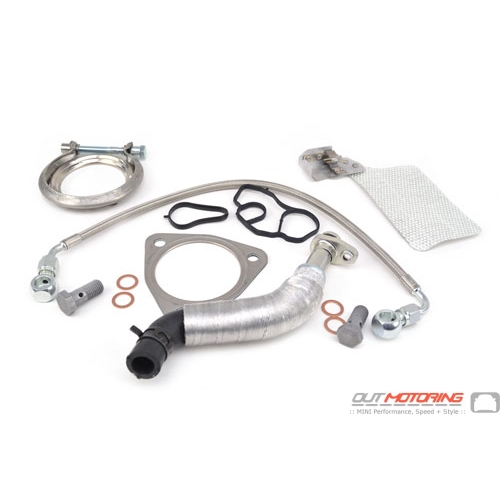 The lights work great and look great too. Much brighter than stock. Pretty easy to install after you get the 2 tabs (top & bottom) on the old lights either compressed or just break them as their not need for install or removal there are 3 screws that mount the lights and seal them from the elements. Steve Shell
Every product I have ordered from OutMotoring has been shipped promptly and the quality has been superb. OutMotorings customer service has simply been outstanding. Extremely helpful with tracking down difficult to find parts and odds and ends needed for some installs that they didn't have listed, but got for me and had shipped directly to me. Their prices pretty much beat everyone else, but its the outstanding customer service that will keep me a loyal customer. Daniel Sonder
So happy I found this store. I order a grill for my R56-S and shipping was fast. I did how ever had the wrong trim (completely my fault) I called and they hooked me up with the right ones right away. Costumer service was excellent. He even hooked me up with the clips for my grill!! ill definitely will be continue buying from there. Ruben Morales
Read MORE COMMENTS »      Write Your Own Testimonial »