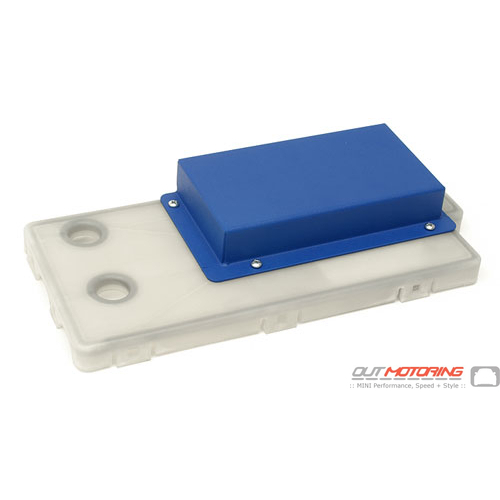 HIGHLY RECOMMENDED. Mike LeBlanc
I spoke to Aaron one day when they were shut down due to snow and ice no one was in but Aaron he made it in,so I was calling about my order and Aaron answered the phone and I asked him about my order and he checked it out and told me that the order went out and we got talking about MINI CAR'S HE WAS SO NICE OF A PERSON AND TOLD ME THAT THEY HAD A STORM AND NO ONE COULD MAKE IT IN BUT HIM HE TRYED TO GET OUT OF HIS DRIVEWAY WITH HIS MINI BUT IT WAS TO BAD SO HE DROVE HIS TRUCK AND MADE IT IN AND THEN HE TOOK MY ORDER AND WE SAT ON THE PHONE TALKING ABOUT MINI CAR'S I WILL ONLY BUY FROM HERE.!!!! THEY HAVE THE THINGS THAT YOU DONT SEE ON OTHER WEB SITE'S.THAT'S A PLUS TO HIS COMPANY.!!! I BUY FROM HERE ALOT AND TODAY I'M GOING TO ORDER SOMETHING'S FROM HIS COMPANY. KEEP UP THE GREAT WORK Aaon.!!!! AND YOU HAVE A GREAT STAFF.!!! THE WOMAN THAT TAKE'S MY ORDER ALL THE TIME HER NAME IS BRETNEY AND SHE HAS ALOT OF KNOWLEDGE OF THE MINI CAR'S I MUST SAY SHE IS A KEEPER.!!!! HE ADDS NEW PRODUCTS THAT SAY'S ALOT ABOUT THE COMPANY THEY KEEP ON LOOKING FOR NEW PRODUCTS THAT IS A PLUS TO HIS COMPANY AND I LIKE THAT...!!!!!! John Marchione
Great first mod knocks out two birds with one stone (great power gains, amazing sound enhancement) for a great and really low price! 10/10 would recommend