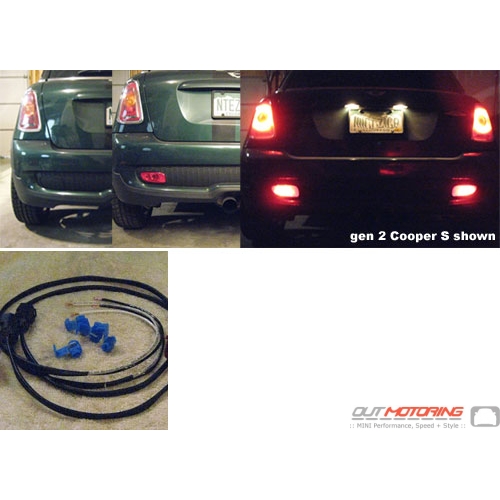 Surfboard rack is good thing, that makes surfboard safe. And the free shipment is good initiative. VitaSpontak
Hi Aaron, I recently ordered the Stage 2 brake upgrade kit and a set of Brisk plugs and the IT Performance coils for my 07 Cooper S. The brake package is superb! no more vague, mushy feel. Now the braking is very direct, very progressive, shorter stops, much less dust..could not be happier! And installing the Brisk plus and IT Performance coils made a very noticeable difference in engine response and power delivery..definitely worth the money!
Every product I have bought from Outmotoring has been of the highest quality and has enhanced the performance of my car. And your customer service is outstanding, second to none. Keep up the great work and thanks for helping me in my buildup to my little bulldog! :-) Daniel Sonder
Anthony did an amazing job getting my mini parts to me!!! He went above and beyond to get me my parts on a ridiculous timeline. Even Aaron helped out trying to make this all happen for me! OUTMOTORING is my first stop for all my mini parts from this point forward strictly based on the amount of customer service they have provided!!! For once in my life, I will be going out of my way to tell everyone about OUTMOTORING. If you need parts rest assured, you're in good hands with these guys. mitchell cieutat
Read MORE COMMENTS »      Write Your Own Testimonial »