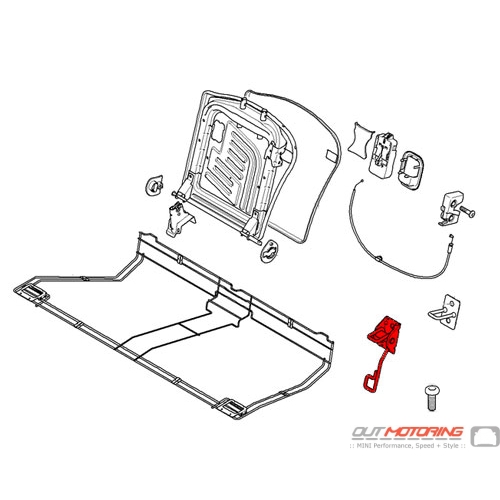 Outmotoring has excellent, high quality products for the Mini at excellent prices and the customer service I have received from Aaron has been outstanding! Extremely helpful, knowledgeable and quick to respond. I have bought many parts from Outmotoring and they are my first choice for anything going on my Mini. Daniel Sonder
I spoke to Aaron one day when they were shut down due to snow and ice no one was in but Aaron he made it in,so I was calling about my order and Aaron answered the phone and I asked him about my order and he checked it out and told me that the order went out and we got talking about MINI CAR'S HE WAS SO NICE OF A PERSON AND TOLD ME THAT THEY HAD A STORM AND NO ONE COULD MAKE IT IN BUT HIM HE TRYED TO GET OUT OF HIS DRIVEWAY WITH HIS MINI BUT IT WAS TO BAD SO HE DROVE HIS TRUCK AND MADE IT IN AND THEN HE TOOK MY ORDER AND WE SAT ON THE PHONE TALKING ABOUT MINI CAR'S I WILL ONLY BUY FROM HERE.!!!! THEY HAVE THE THINGS THAT YOU DONT SEE ON OTHER WEB SITE'S.THAT'S A PLUS TO HIS COMPANY.!!! I BUY FROM HERE ALOT AND TODAY I'M GOING TO ORDER SOMETHING'S FROM HIS COMPANY. KEEP UP THE GREAT WORK Aaon.!!!! AND YOU HAVE A GREAT STAFF.!!! THE WOMAN THAT TAKE'S MY ORDER ALL THE TIME HER NAME IS BRETNEY AND SHE HAS ALOT OF KNOWLEDGE OF THE MINI CAR'S I MUST SAY SHE IS A KEEPER.!!!! HE ADDS NEW PRODUCTS THAT SAY'S ALOT ABOUT THE COMPANY THEY KEEP ON LOOKING FOR NEW PRODUCTS THAT IS A PLUS TO HIS COMPANY AND I LIKE THAT...!!!!!! John Marchione
After many years I am finally in $$ position to own my "dream" car AND do what I want with it. Not Porsche, not Ferrari. My MINI.

I'm learning about my options for my "07 S Convertible. It's nice to have help/support from OUTMOTORING.

I've survived my Harleys and my sailboats; now it's time for my love-lust since HighSchool, Thanks for your help and support.

(And I don't need anyone else's permission.)

See? Wait long enough and it's yours.
Jim Roorda
Read MORE COMMENTS »      Write Your Own Testimonial »