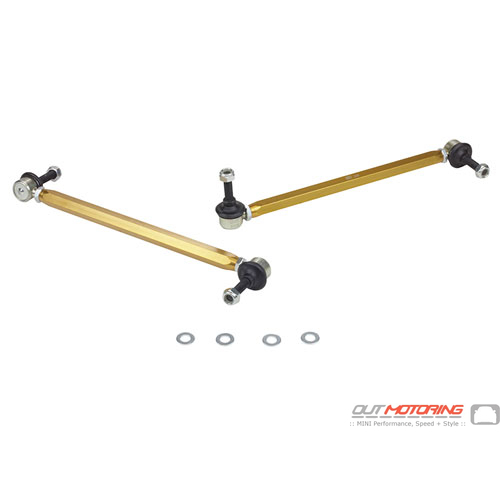 This part is available with the spaces for parking assistance sensors? Luis Cervantes
Order #110769
I was a little disappointed after speaking with Aaron today about my order. I placed an order for two items and was sent an email with a tracking number. Got one of the items today as tracking number stated. There was a note in the package that the other item was being shipped from another warehouse. There was no mention of this when I received the email with the tracking number. Then when I contacted Outmotoring about this. Aaron told me he would try and get me a tracking number for the other item.Then could not verify when the item would ship. Would have been nice to know that it would be shipping from some where else in the original email. Justin Montoya
Top notch company and service. Only place I could find a drain back valve for r53. $25 replacement vs $450+ for the entire oil filter housing. Best part was the service. UPS delivered my part 2 days late on a Next Day Air shipment ,which is not OutMotoring's fault, but OutMotoring went to bat for me and got me a refund. I really appreciate your customer service and other companies should follow suit. Thanks again you have earned my business from here on out. Claude Cesar
Read MORE COMMENTS »      Write Your Own Testimonial »