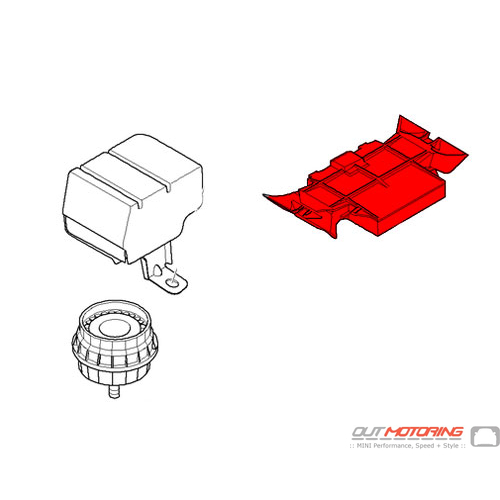 For my first purchase with Outmotoring I bought a set of Gen 2 Clear Side Marker Lights and the product, the company, and their customer service is excellent! I will definitely use Outmotoring again for all my future MINI product needs! Kevin O
I got this light for my R53 Cooper S and the plug in for the harness did not fit the harness in the car. I needed to modify the circuit board and change the wiring harness in my car so that it would fit. Nick Simone
I am a new Mini Cooper convertible owner. The car I bought had a busted rear third brake light. The lights worked just fine, but the red plastic cover was missing. I expected it to be very expensive, however, I went on an online search and found OutMotoring.com. I was pleasantly surprised to find out they had what I needed, and it was not expensive at all - far less than I expected! Other sites were charging more than twice as much! ordered it on the 12th, had it by the 15th (and I didn't pay expedited shipping).