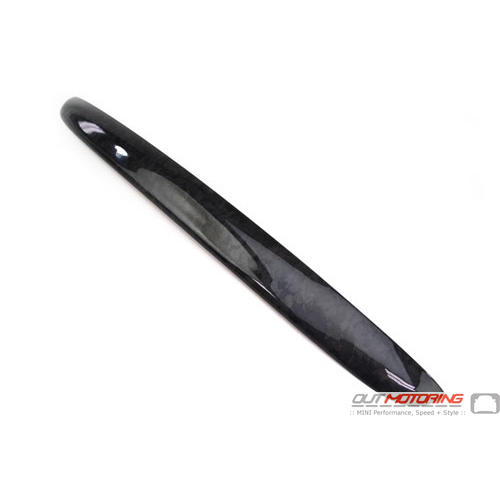 you guys are the best. I'm an ownner of a new/used mini and every part I have needed you have fouind for me or it is already on web site with full discription. Your help has been invaluable to me. Thanks Jeff Hull
Ordered oil change kit for my Mini Cooper. One of the oil containers had leaked throughout the box, soaking everything else, and through the bottom of the box. Made a oily mess. You need to check the caps to make sure they are tight before shipping. Ernest Anderson
Purchased the Red Slat Cover for my 2017 Cooper S hardtop. Dealings with Aaron Cornaby were terrific. Fast communication, fast shipping, excellent product. These guys have my future business and I coiuldn’t be happier with the Red Slat Cover. It’s a really unique trim piece to add some of the JCW appearance to the front end of my Cooper S and it matches the red trim on my black and red bonnet stripes very well. Thanks! Steve Steve Naquin
Read MORE COMMENTS »      Write Your Own Testimonial »