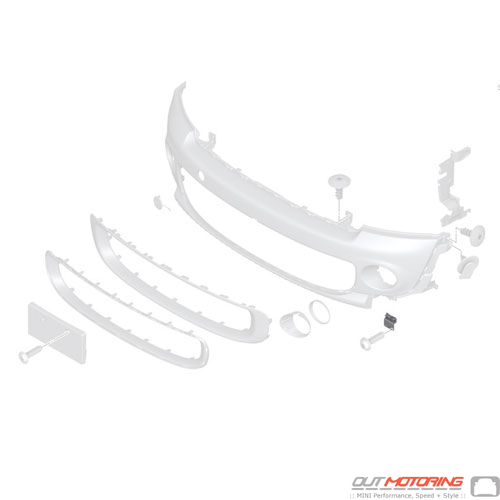 Thanks
Bob Watkins
Bob Watkins
My comment has to do with placing an order this weekend for less that $10 of products I tried paying with paypal three times and all three times it let me into the paypal system after logging in with my info for paypal then handed me back to your system at my shopping cart with the items still there and no order as if I never went through the process to pay with paypal. I finally opted to pay via my credit card and the system accepted the payment type and completed my order. Was this caused by a glitch in the system or what was the deal? My final order number is order #106762 which is the only one of four attempts in the end to be successful.

Scott. Scott D Selk
Out Motoring deserves kudos for their service! I was prepping for a road trip when less than two weeks prior I decided to upgrade two engine mounts and install a short shift adapter in my R53. Aaron and Brittany were hugely helpful in getting me ready! Brittany was able to find the mounts I wanted in stock, and Aaron helped me with info on the short shifter I was looking at. Brittany helped me again when I changed my mind, by modifying my order on the fly. They got the components to me in four days - plenty of lead time before my scheduled installation appointment and well in advance of the trip. BIG Thanks to Out Motoring for their help. This outfit will be at the top of my vendor list for future maintenance and upgrade needs. Brian
Read MORE COMMENTS »      Write Your Own Testimonial »