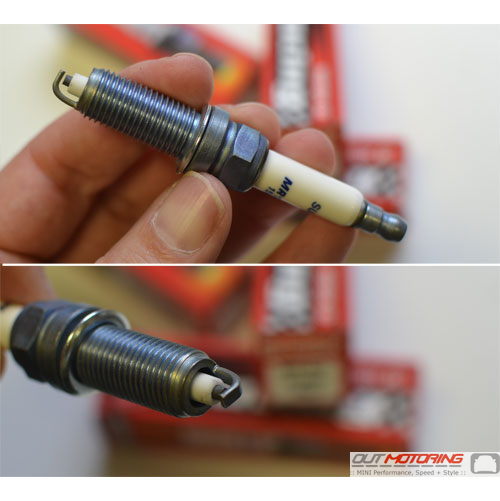 If you have purchased this item and would like to leave a product review please sign in to add your review.
1 Most useful customer reviews (see all reviews):
Guest
My Countryman All4 S runs great with tese plugs. They use a common 5/8" socket to install. You will still need something special to take out the factory Beru plugs. I used the Long Reach Bi-Hex tool for that duty.

Was the above review useful to you? Yes (5) / No (5)
If you have purchased this item and would like to leave a product review please sign in to add your review.

Thanks guys! I know that my first order was a small one but it was a really big deal for my Mini Clubman S.

Thanks,
Sonrays Raymond Clunie
I am from Singapore. Outmotoring has been a knowledgeable, patient, helpful and Great Seller supporting her customers. ACE ++ !! Will Return and a pleasure dealing with you. Liang Jerry
Love shopping here! Amazing products, customer service is prompt, easy fast shipping... I really can't say enough! Thanks so much. I will be a life-long customer and always recommend! Micah Henderson
Read MORE COMMENTS »      Write Your Own Testimonial »