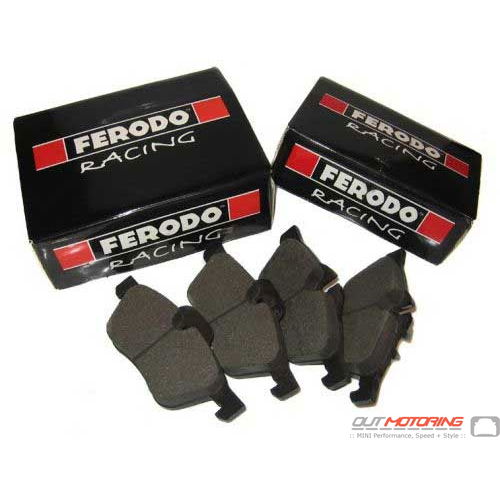 I am extremely addicted to this store and have it saved on my favorites page on my browser. I've ordered many things here - I'll shop around and place my order and the following day I am back buying more stuff - it's better than shopping for shoes! This store has great customer service and fast delivery! I love making my Mini - PRETTY!! Thank you Out Motoring!! Geri Cruz-Smith
These camber plates are very well built structurally, improved the handling of the car dramatically, but IE built this unit around a very low quality bearing. By increasing the camber in the way that this unit does, it puts more load on the bearing and within only a couple months of installing it, the bearing becomes noisy, than gets sloppy, and than you car sounds like your front end is going to fall off on mild bumps. We installed these fixed camber plates following the instructions to the letter and within a few months, every set had to come off the cars they were on. Vic Gregory
Just recieved my order (NM Engeneering 22mm rear sway bar and links). I'm just shocked at how fast the shipping was. I live in Moscow, Russia and it just took a week and two days to have all I ordered laying in my trunk.
Thank you guys, I will recommend your service to all my friends/
Great job! Alexey
Read MORE COMMENTS »      Write Your Own Testimonial »