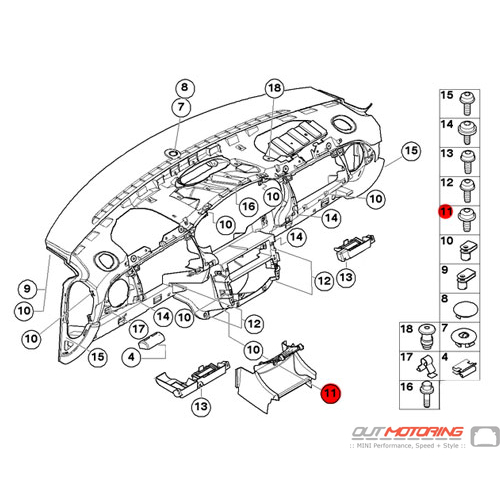 Installed short shifter kit with no problems except kit did not come with 'o' ring for shifter shaft. Factory 'o' ring was too larger off of OEM shift lever. I would also recommend some good out door adhesive to reinstall dust cover on shift box, because some of the locking tabs may break off when removing. And with this short shifter kit there is no need to modify shifter box as some other products require you to leave dust cover off or purchase a drop cover to accommodate the longer shift lever. Thank you so much Out Motoring for another great product and customer service, Jon Jon Newman
Ordered a small part from you guys on 22nd December and received it in New Zealand on 5th Jan. It came direct from USA not from China. Tracing information every day on progress of parcel. Best I have ever had. I know where I will be buying my Mini parts from now on. Very pleased I found you.
regards Richard Richard Draper
Thank you Aaron,
I've also promoted your business to other Mini owners who have viewed the website from Ottawa and Montreal Canada
You guys know your stuff amazing products and customer service, I am truly a satisfied customer
Regards, GregM Greg
Read MORE COMMENTS »      Write Your Own Testimonial »