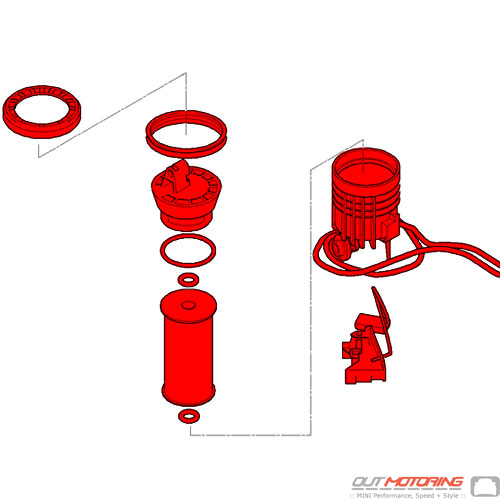 you guys are the best. I'm an ownner of a new/used mini and every part I have needed you have fouind for me or it is already on web site with full discription. Your help has been invaluable to me. Thanks Jeff Hull
Ordered the rear set delete kit (with the seat belt hole option) planning on using it as a platform for my dogs instead of having the enter through the door and sit on the rear seat. After reading through the install procedures and prepping the car for install I noticed that there is only one bolt securing the delete kit. This may be ok for weight reduction but it not good for use with pets. David Imes
I ordered The chrome tail light frames for my clubman and got them in 3days, they are something the factory should have put on.
They look and fit great .
Also every mini should have a “light in sight”
No more twisted neck looking for the stop lights pete Pete munoz
Read MORE COMMENTS »      Write Your Own Testimonial »