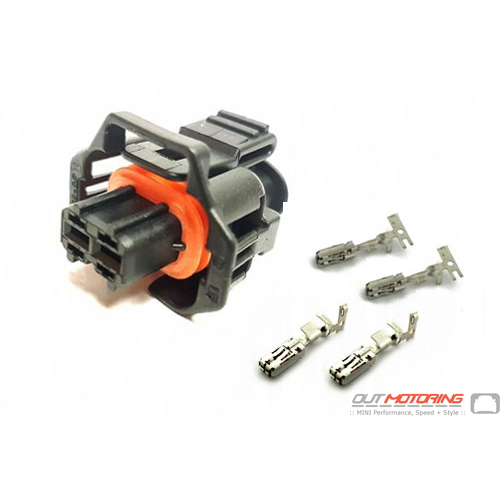 This part is available with the spaces for parking assistance sensors? Luis Cervantes
I just said "GOODBYE" to Bitsy Marie, my 2006 Mini S Convertible. She will be missed. ????
But NOT FOR LONG! Because I just replaced 'ole Bitsy with a brand new MINI CONVERTIBLE S in the new color, "Melting Silver." (Bitsy was BRGreen & I put maroon bonnet stripes on her. I haven't named my new MINI yet, or gotten any accessories. Yet! This looks like a site where I'm gonna have some FUN! STEFFI
I recently purchased a few items for my R56 as i begin to make it more my own as well as some maintenance parts. I was extremely satisfied with service that I've received from OutMotoring. The level of service I've received makes it easy for me to return to OutMotoring or my future needs. With technology it's so easy to buy from anywhere/anyone, but when a company goes above and beyond they set themselves apart from everyone else.