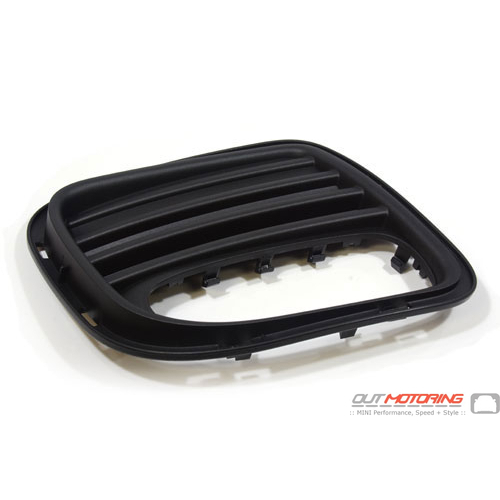 This is a great company and they strive for the best customer service. I had some little problems with both of my orders, but once I sent out an email, everything was totally fixed. I love the customer service and they really try hard to please everyone. I love the products that I receive from them as well. Everything is flawless. Great job Out Motoring. I'll definitely be back for future items. Cole
If you don't mind destroying the OEM shifter boot then this thing is a snap (literally and figuratively) to install. You won't need to disassemble the center console. I just broke it off with a screwdriver. The new well pops right in with no tools. Couldn't be simpler. Thomas Lhamon
I recently installed the aftermarket chrome interior package on my Mini 2 door coupe S. Prior to installation the carbon black interior felt dark and somewhat cheap. After installation the interior came alive. It appears much richer and bright and almost a different interior. It takes patience to install all of the pieces but it is time well spent. Highly recommended. Lou Kirchner
Read MORE COMMENTS »      Write Your Own Testimonial »