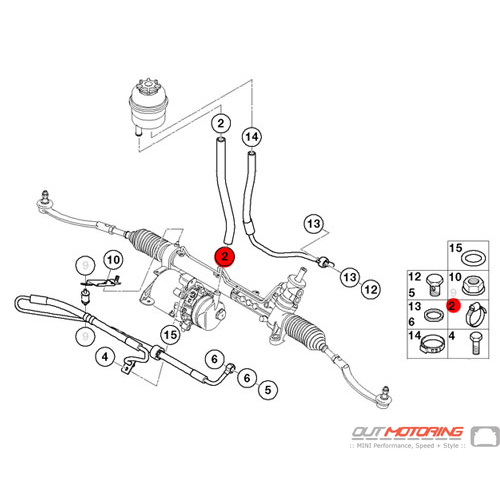 Hi,
I recently purchased the belt tensioner from Alta and had it installed. Had I only known over the past several thousand miles that my shock was bad, I would have changed it sooner. The shop guys brought the old one out to show me that it was completely useless. Since replacing it my mileage has increased dramatically, and performance as well. apparently the drive belt was slipping on the super charger. And power, all I can say is "Yeah, Baby". Thanks guys for making this part available.
Best Regards,
Ron Ron
ok this one of the best places to buy items for minis .. the Quality of the product is ecxelent and the packing is great well take care..
im very satisfy of the customer service they go the extra mile to help you...
ALSO GREAT DISCOUNTS...

thanks guys ;)
GREAT SERVICE... Nestor Rodriguez
I ordered The chrome tail light frames for my clubman and got them in 3days, they are something the factory should have put on.
They look and fit great .
Also every mini should have a “light in sight”
No more twisted neck looking for the stop lights pete Pete munoz
Read MORE COMMENTS »      Write Your Own Testimonial »