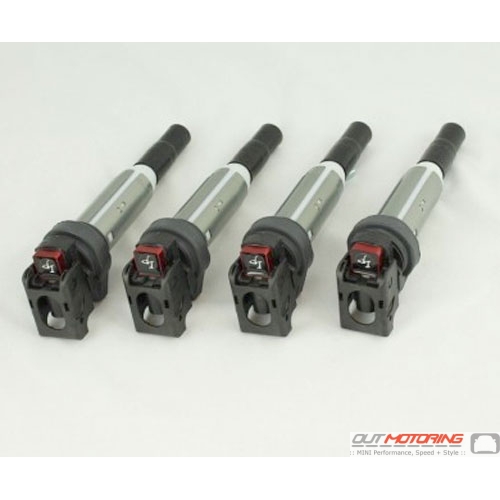 Both of the front headlight trims came with one having the letter "A" and one having the letter "B" but does not instruct on which one is left and right side. Both pieces are almost identical and fit nearly the same on either headlight trim. I feel that there should be some sort of instruction on which one goes on the left or right side. Patrick
I would like to give the folks at outmotoring.com a huge shout out. Once again they are saving my ass.

Crank pulley shit the bed on my 06 jcw last night. Called all my local parts dealers and they don't even carry the crank pulley. Called my local dealers and its 5 days away in Ontario, Canada. As I am in Alberta. I need this ASAP as this is May daily driver.

Gave them a phone call. Talked with a wonderful lady. She checked that the Alta pulley I wanted was in stock.
Now there shipping options for me where limited to the fastest being 6-10 days on their website. She got ahold of ups and had a next day shipping option available at a reasonable price. + I had $53 worth of points I could use for a discount. Put the order through within ten minutes of my original call. Shipping next day from their location to Edmonton, Alberta, Canada all for under $200.

This has the be the best customer service I have ever had from a mainly web based business. bar none! I HIGHLY recommend them to everyone.