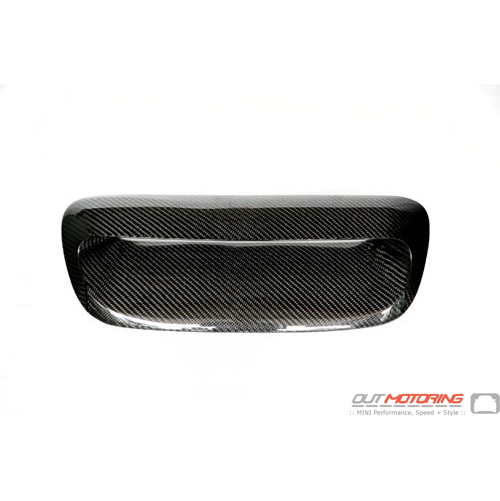 I am extremely addicted to this store and have it saved on my favorites page on my browser. I've ordered many things here - I'll shop around and place my order and the following day I am back buying more stuff - it's better than shopping for shoes! This store has great customer service and fast delivery! I love making my Mini - PRETTY!! Thank you Out Motoring!! Geri Cruz-Smith
Just received my latest order for the R56 Gloss black hood scoop. Easy Install and great fit. Only issue is the gloss finish has major swirl scratches. Not sure if this was a return that got put back on the self or came from factory this way. Tim Wagner
Great first mod knocks out two birds with one stone (great power gains, amazing sound enhancement) for a great and really low price! 10/10 would recommend