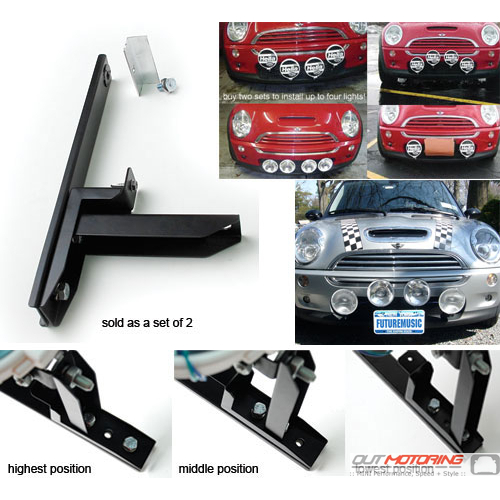 I have spent roughly 400-500 dollars with Outmotoring since the purchase of my 1st Gen MCS. I have only had one small issue with paypal not working to complete the order correctly, which was solved as soon as I emailed them. Great customer service, and excellent products at good prices. I will continue to shop with Outmotoring for anything I need for my MINI. Matt
out of the box and snapped right on -- 5 minutes...looks great and goes with the black jack on the roof. Mark
The last month I bought the EBC yellow stuff brake pads and the Dinantronics Port tuner, the shipment was very fast. Everything was excellent
The staff were very friendly and helpful. Paul
Read MORE COMMENTS »      Write Your Own Testimonial »