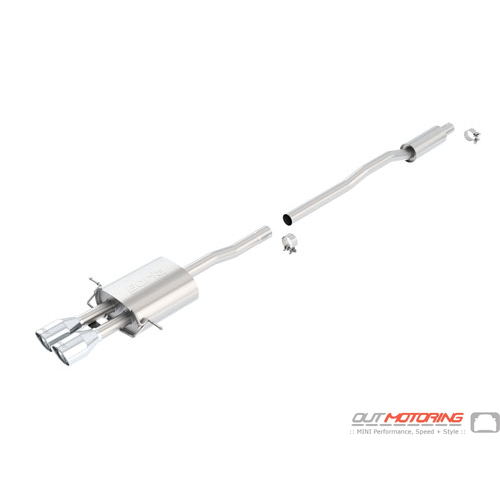 I just wanted to send you all a quick thank you. I was very confused by all the different possible option and changes throughout the years (thank you BMW for that BS) so I called in and spoke to Aaron. He took the time to explain things to me and pointed me in the right direction and best cost savings possible. Even gave me a discount code for the Forum that I belong to. Everything worked out great and I ordered all my parts right away. I can’t wait for them to arrive and get my car back in shape. I work in sales myself and just wanted to let you know that this was by far one of the best and easiest purchases I have made in a while and your people made it very easy. I will be recommending you to many others and will almost definitely be ordering again from you in the future.

Bill K- Bill K-
Wow, nothing but great things to say about outmotoring and the customer service. Aaron was great following up with any questions and delivery tracking. Very satisfied with the clear tails for my AM V8V. Will absolutely be continuing to shop here for future parts! Keith
I recently made several purchases with OutMotoring. The team was a huge help with not only the selection of products but following through on delivery and overall satisfaction on product. I've worked with several other retailers in the past, I have to say my experience with OutMotoring was hands down the best I've had in a long time. Jose Martinez
Read MORE COMMENTS »      Write Your Own Testimonial »