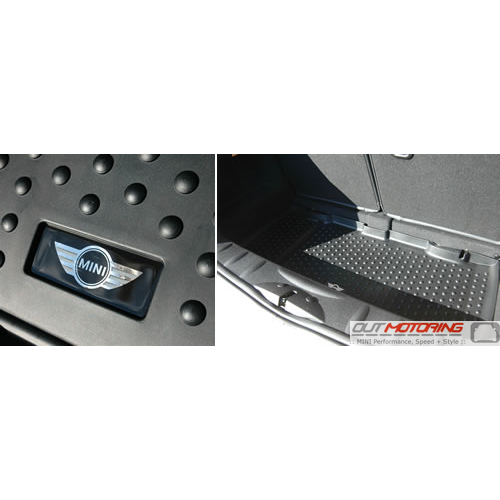 If you have purchased this item and would like to leave a product review please sign in to add your review.
1 Most useful customer reviews (see all reviews):
Guest
This is a must! I left a coffee cup in the boot that I thought was empty and sealed... but was nether. Mess was easy clean up, no stains, no smell. Fits perfectly.

Was the above review useful to you? Yes (1) / No (0)
If you have purchased this item and would like to leave a product review please sign in to add your review.

These camber plates are very well built structurally, improved the handling of the car dramatically, but IE built this unit around a very low quality bearing. By increasing the camber in the way that this unit does, it puts more load on the bearing and within only a couple months of installing it, the bearing becomes noisy, than gets sloppy, and than you car sounds like your front end is going to fall off on mild bumps. We installed these fixed camber plates following the instructions to the letter and within a few months, every set had to come off the cars they were on. Vic Gregory
Thanks guys! I know that my first order was a small one but it was a really big deal for my Mini Clubman S.