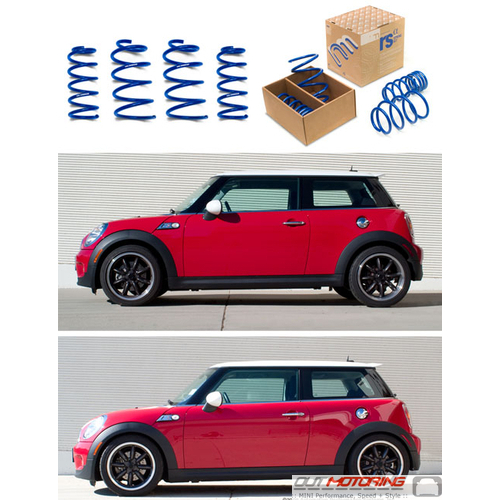 If you have purchased this item and would like to leave a product review please sign in to add your review.
1 Most useful customer reviews (see all reviews):
Guest
I just installed the NM Engineering Lowering Springs and am extremely pleased both with the looks, ride and the handling. The car lowered approximately 1.2" and looks like the photos above. No rubbing or grinding at any time.

I am a Canadian customer and at first I was a little skeptical ordering but after first emailing Aaron, now I just keep coming back! Amazing customer service and shipping is fair for custom/import charges. My #1 shop for anything I'll ever need for the Mini!!! Ralph Santos
I ordered the NM power module and a K&N CAI for my '16 F54 S Clubman. Both were very easy to install with the attached instructions. Shipping and service were excellent and I will continue to buy any items I need from these guys. stephen waites
I bought a Convertible Rear Beltline Trim Kit for my R52 . I was really concerned if it was going to fit like the original. This part is very expensive, so I was quite concerned. I finally bought it and it was the best thing I bought for my Mini. It fit perfect. Outmotoring customer service was amazing. These guys are a class act. Thank you. Michelle M
Read MORE COMMENTS »      Write Your Own Testimonial »