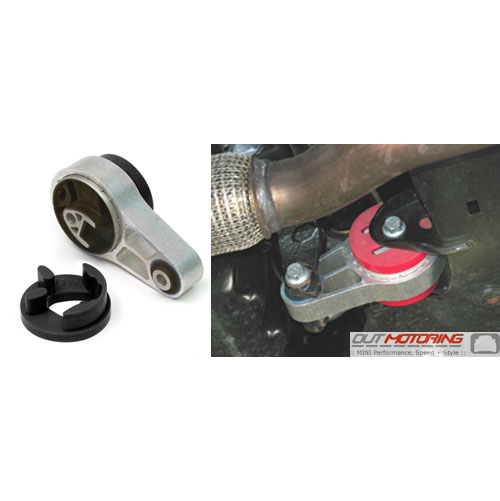 If you have purchased this item and would like to leave a product review please sign in to add your review.
1 Most useful customer reviews (see all reviews):
Joseph Richards
This customer purchased the item at our site.
Car: 2012 Mini Cooper Countryman S R60 All4 manual transmission. Overall, this was a very good purchase. I did notice a bit quicker response in regard to torque and acceleration. I feel like my gear transitions are smoother as well as the drive feeling smoother. I didn’t notice any increase in vibration like some people were concerned with on the regular Cooper S models. Out Motoring is a very professional company and is my go to for mini parts.

Every product I have ordered from OutMotoring has been shipped promptly and the quality has been superb. OutMotorings customer service has simply been outstanding. Extremely helpful with tracking down difficult to find parts and odds and ends needed for some installs that they didn't have listed, but got for me and had shipped directly to me. Their prices pretty much beat everyone else, but its the outstanding customer service that will keep me a loyal customer. Daniel Sonder
I ordered a tow hook cover for my mini and it came carefully wrapped as to not get scratched. It fit perfectly! It also came the same week I ordered it! Kelly
Fantastic Customer Service from Aaron!! He is always helpful when I make a purchase and especially when I have a question and make a phone call, he's always helpful to answer my questions about an item or a purchase I've made. Very knowledgeable. Highly recommend OUTMOTORING!! Ken Ayers
Read MORE COMMENTS »      Write Your Own Testimonial »