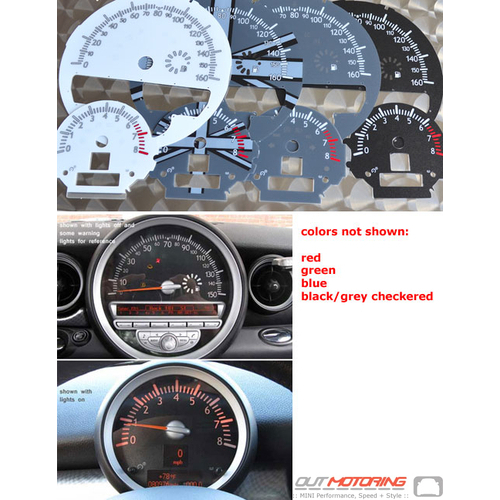 Hi Aaron,I\'m just dropping you a line to say thank you for your awesome customer service. Frank arrived in the UK safe and sound yesterday with the auto sport module which I installed this morning. It was easy to wire up and works perfectly, I\'m thrilled with it.In the UK. I\'m a member of a couple of mini cooper forum\'s which I\'ve already posted the installation process on and will gladly give people your company details should they also wish to purchase a module from you. Once again thank you so much for making this a very pleasant and easy process from start to finish.

Darren Darren
Bought, received, and installed. If you own a Mini Cooper... Bookmark this website. I purchase shocks for my hatchback and installed them in minutes.... MINUTES! Before I knew it they were here. I deliver pizzas and need my hatchback and it was so quick and easy. If you love your Mini like I do, this is the "Best Resource" website you can have. Owning your Mini is for the "Rich"... Love driving your Mini.... "It is a life changing experience". It is a feeling you never felt before, hard to explain... I love my girlfriend but my Mini takes me to places physically and emotionally is the only was to describe it. Mini is a "cliche"... It hold a HUGE part of my heart that can never be replaced. michael
One of the best providers for Mini needs. I easily found the replacement headlight trim and 3rd brake lite and shipping was fast. The light was damaged and they quickly sent a replacement.