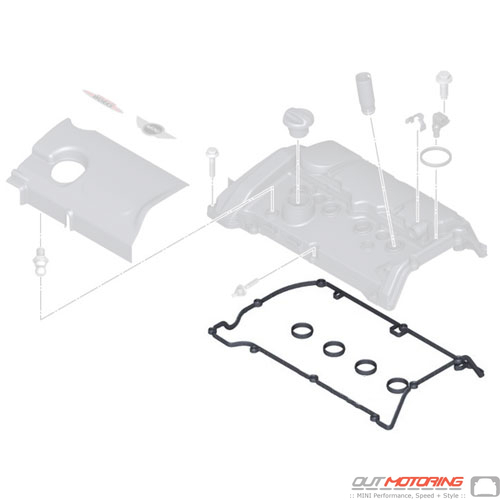 Just got the parts I ordered, everything fit perfectly and more importantly it looks great! Looking forward to doing more with my Mini with your help of course.

Dave David Ladouceur
Hi Aaron, I recently ordered the Stage 2 brake upgrade kit and a set of Brisk plugs and the IT Performance coils for my 07 Cooper S. The brake package is superb! no more vague, mushy feel. Now the braking is very direct, very progressive, shorter stops, much less dust..could not be happier! And installing the Brisk plus and IT Performance coils made a very noticeable difference in engine response and power delivery..definitely worth the money!
Every product I have bought from Outmotoring has been of the highest quality and has enhanced the performance of my car. And your customer service is outstanding, second to none. Keep up the great work and thanks for helping me in my buildup to my little bulldog! :-) Daniel Sonder
I have had nothing but GREAT experiences with ordering! At first I thought I just got lucky with the speed of processing and receiving my orders! Not the case! It's nice that there's still companies that care about the customer and are just as excited to send you the parts as you are to order them! Thank you OM crew!
Dennis Dennis Weaver
Read MORE COMMENTS »      Write Your Own Testimonial »