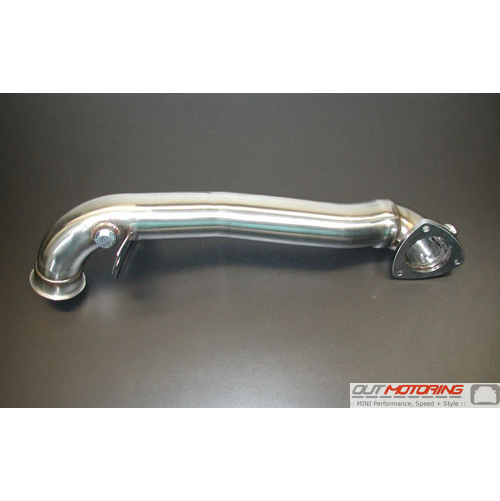 Aaron and his staff down at OutMotoring are awesome! Always extremely friendly and helpful with any questions I have about their products and Mini's in general. I live near by so it is nice to be able to go down and pick up everything I need and look around at what they have on the shelves. They always have what I come to get in stock and if they don't they always offer to order it for me. I have purchased almost all of my Mini parts from them and I will continue to do so! Thanks again OutMotoring! Matt
I just ordered the SIZE MATTERS badge. Actually I don't have a Mini but is for my Dodge Ram 1500 pick up. It's big. John Porcellana
Sku: NM.881201B, I bought these rims sometime in 2018, I drive the car only on warm sunny summer days, it doesn’t see rain or snow. That said.. last week my TPMS light came on, my husband took the wheel off and the rim had a 2.5” split in it. Not from hitting anything, it looks like a stress fracture. I’m not sure what caused this or why, just want to say be careful and beware as I’m sure it could be a hazard at certain speeds. Jolanda Smedley
Read MORE COMMENTS »      Write Your Own Testimonial »