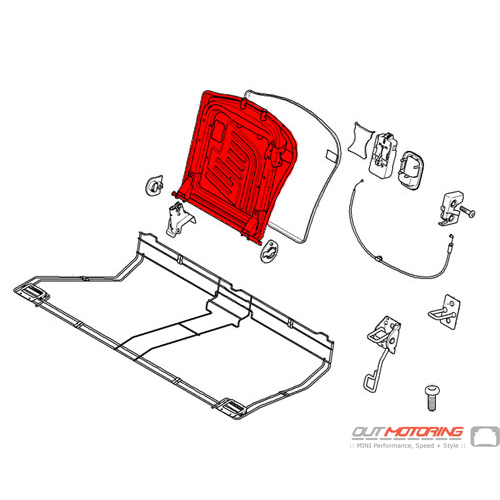 I have just received my sunshades for my Mini Cooper, I am over the moon they fit like a glove which is perfect for protecting us from the Australian sun. Many thanks a great purchase will definitely be buying more goodies for my car. Michelle
Love your business and your attempt to service MINI owners. One suggestion for you. When you feature a produce on the front of your emails each time, you should explain just exactly what the part is, what it does, and why a MINI owner would want to replace something on their car with it. All of us are not mechanics and might not recognize a picture of a part. As you do the site now, you always put these things in there and the copy is written as though everyone knows exactly what the part is for.

John Polis John Polis
Hi Aaron,I\'m just dropping you a line to say thank you for your awesome customer service. Frank arrived in the UK safe and sound yesterday with the auto sport module which I installed this morning. It was easy to wire up and works perfectly, I\'m thrilled with it.In the UK. I\'m a member of a couple of mini cooper forum\'s which I\'ve already posted the installation process on and will gladly give people your company details should they also wish to purchase a module from you. Once again thank you so much for making this a very pleasant and easy process from start to finish.