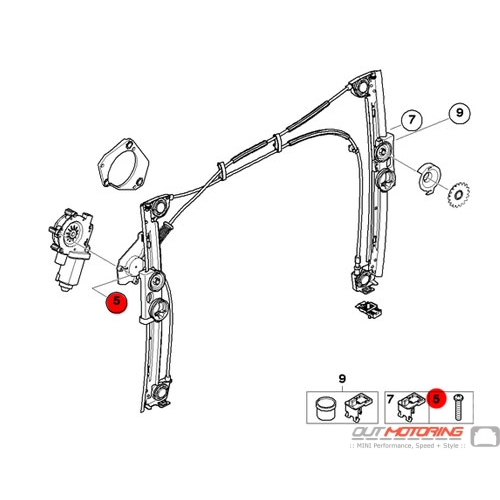 I am a Canadian customer and at first I was a little skeptical ordering but after first emailing Aaron, now I just keep coming back! Amazing customer service and shipping is fair for custom/import charges. My #1 shop for anything I'll ever need for the Mini!!! Ralph Santos
I own a 2013 Mini Cooper R59 and have ordered a significant amount of items from this website. ran into some issues with the fitment of some things but Aaron from Outmotoring was quick to solve the issue. I am very pleased with the quality of all the items I have ordered and as far as I am concerned, this is the only place to get genuine, high-quality MINI accessories and parts!

Thanks for the great service! Nicholas
I recently purchased a few items for my R56 as i begin to make it more my own as well as some maintenance parts. I was extremely satisfied with service that I've received from OutMotoring. The level of service I've received makes it easy for me to return to OutMotoring or my future needs. With technology it's so easy to buy from anywhere/anyone, but when a company goes above and beyond they set themselves apart from everyone else.