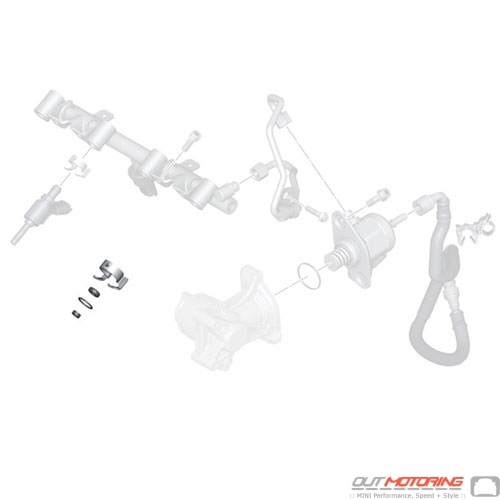 I am extremely addicted to this store and have it saved on my favorites page on my browser. I've ordered many things here - I'll shop around and place my order and the following day I am back buying more stuff - it's better than shopping for shoes! This store has great customer service and fast delivery! I love making my Mini - PRETTY!! Thank you Out Motoring!! Geri Cruz-Smith
Hi,
I recently purchased the belt tensioner from Alta and had it installed. Had I only known over the past several thousand miles that my shock was bad, I would have changed it sooner. The shop guys brought the old one out to show me that it was completely useless. Since replacing it my mileage has increased dramatically, and performance as well. apparently the drive belt was slipping on the super charger. And power, all I can say is "Yeah, Baby". Thanks guys for making this part available.
Best Regards,
Ron Ron
I bought a Convertible Rear Beltline Trim Kit for my R52 . I was really concerned if it was going to fit like the original. This part is very expensive, so I was quite concerned. I finally bought it and it was the best thing I bought for my Mini. It fit perfect. Outmotoring customer service was amazing. These guys are a class act. Thank you. Michelle M
Read MORE COMMENTS »      Write Your Own Testimonial »