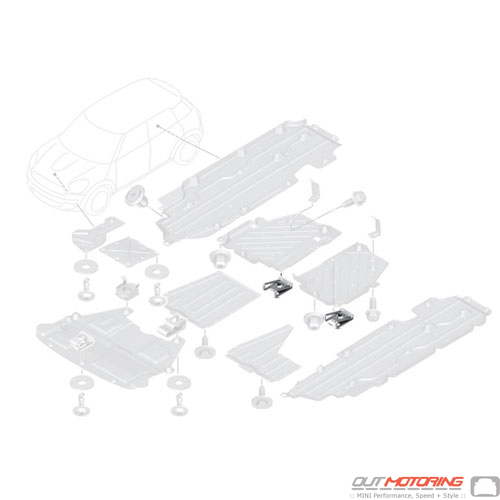 Stellar customer service. Broad selection. Quick shipping. Easy returns. But most importantly, actual human customer service. In the days of internet shopping, Out Motoring is like going down to the ol' auto parts store. I fully intend to look here first when I need parts for my mini. Thank you Out Motoring. Jonathan L
Wow, nothing but great things to say about outmotoring and the customer service. Aaron was great following up with any questions and delivery tracking. Very satisfied with the clear tails for my AM V8V. Will absolutely be continuing to shop here for future parts! Keith
Australian order for my r53 Mini Cooper S 2003. Ordered DDM works CAI, 15% CS pulley, belt, plugs and CS tower defenders.
Postage was incredibly slow due to sitting at Miami airport for over 20 days, then held yet again at Melbourne customs for another few weeks. Box arrived pretty banged up with the CAI needing a bit of straightening out. OM have been super helpful with my other orders so hopefully all goes well. Mark Robinson
Read MORE COMMENTS »      Write Your Own Testimonial »