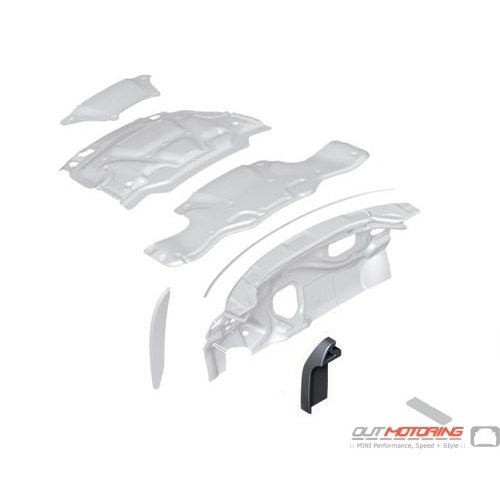 The lights work great and look great too. Much brighter than stock. Pretty easy to install after you get the 2 tabs (top & bottom) on the old lights either compressed or just break them as their not need for install or removal there are 3 screws that mount the lights and seal them from the elements. Steve Shell
Im in Australia, so receiving my products within two weeks was great. Just arrived today and im so stoked to be doing up my Mini Cooper S with some very cool accessories. A huge thanks to the team at Outmotoring.com for their continuing support and answering all my stupid questions, of which i asked many, even before i had placed an order. Rare levels of customer service. Materials used in products appear to be of high quality so i will update when i have finished installing them. Once again, thankyou Scotty
OMG! I ordered Window Rain/Wind Guards for my Mini Cooper, which, by the way, were almost impossible to find and they arrived the NEXT DAY!!! I paid Standard shipping. Amazing. I have not installed them yet but did do a test fit and they look like they are a perfect fit. THANKS SO MUCH! Sarah T Delp
Read MORE COMMENTS »      Write Your Own Testimonial »