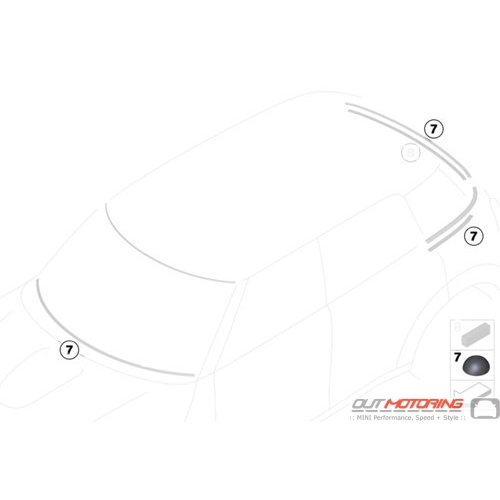 Exceptional customer service, Out Motoring does business the way it SHOULD be done, they will do what it takes to take care of the most important person in a business....the customer Travannon Wiley
I recently ordered some blackout rings for the tail lights on my F54 Clubman. Aaron and his team provided great service and support when I had an issue - organising a new set sent directly from the distributor to me in Australia. I have ordered from OutMotoring quite a few times over the years and this is the first quality issue I have ever experienced - having said that, with great customer service I have no hesitation in using them again.

Thanks Carl Iacono
Thank you for being the most reliable source for my Mini project(s). I really appreciate the service and attention to detail. All the best. You can quote me on that- Daren Daren
Read MORE COMMENTS »      Write Your Own Testimonial »