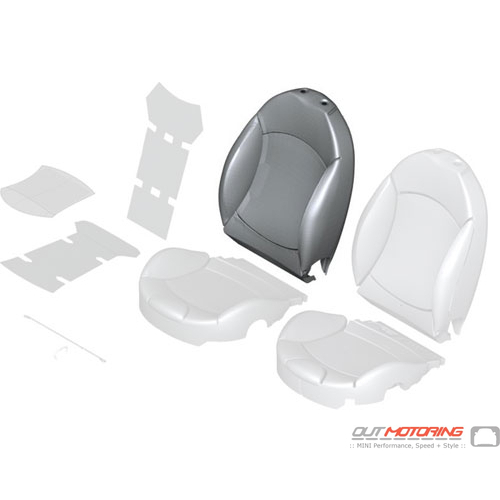 These are the perfect addition to my JCW. I have a red over black JCW with the Xenon head lamps & black housings. These are the perfect way to tone down the brash bright red of the tail/brake lamp housings to match the front lamps. Not only do you eliminate the chrome but the housing itself is black thus darkening the appearance of the entire assembly. I would say these should be flying off the shelf but i don't want everyone to have a MINI that looks as good as mine. Scott Hiskes
I own a 2013 Mini Cooper R59 and have ordered a significant amount of items from this website. ran into some issues with the fitment of some things but Aaron from Outmotoring was quick to solve the issue. I am very pleased with the quality of all the items I have ordered and as far as I am concerned, this is the only place to get genuine, high-quality MINI accessories and parts!

Thanks for the great service! Nicholas
OMG! I ordered Window Rain/Wind Guards for my Mini Cooper, which, by the way, were almost impossible to find and they arrived the NEXT DAY!!! I paid Standard shipping. Amazing. I have not installed them yet but did do a test fit and they look like they are a perfect fit. THANKS SO MUCH! Sarah T Delp
Read MORE COMMENTS »      Write Your Own Testimonial »