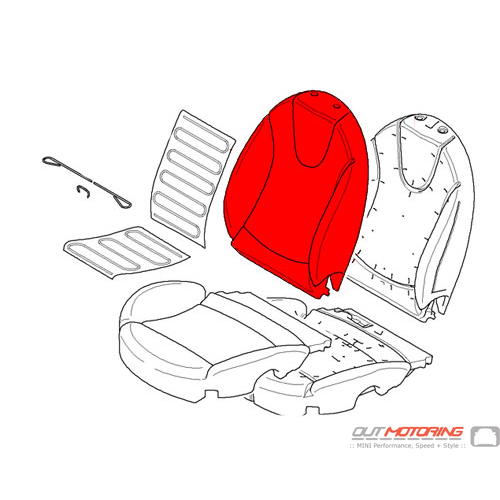 Aaron and his staff down at OutMotoring are awesome! Always extremely friendly and helpful with any questions I have about their products and Mini's in general. I live near by so it is nice to be able to go down and pick up everything I need and look around at what they have on the shelves. They always have what I come to get in stock and if they don't they always offer to order it for me. I have purchased almost all of my Mini parts from them and I will continue to do so! Thanks again OutMotoring! Matt
Out Motoring deserves kudos for their service! I was prepping for a road trip when less than two weeks prior I decided to upgrade two engine mounts and install a short shift adapter in my R53. Aaron and Brittany were hugely helpful in getting me ready! Brittany was able to find the mounts I wanted in stock, and Aaron helped me with info on the short shifter I was looking at. Brittany helped me again when I changed my mind, by modifying my order on the fly. They got the components to me in four days - plenty of lead time before my scheduled installation appointment and well in advance of the trip. BIG Thanks to Out Motoring for their help. This outfit will be at the top of my vendor list for future maintenance and upgrade needs. Brian
My Car in the Caribbean was wrecked and i was having a lot of issues getting the parts i needed from multiple suppliers. I supplied a list of what i needed to Aaron and the rest is history, i can honestly say it has been one of the best representations of customer service i have ever had and it was clear my interest was at heart every step of the way, even a difficult last minute change in shipping was facilitated without fail. All parts were perfect and i can honestly say i have no regrets! Excellent service from and amazing team! Rene Rochford
Read MORE COMMENTS »      Write Your Own Testimonial »