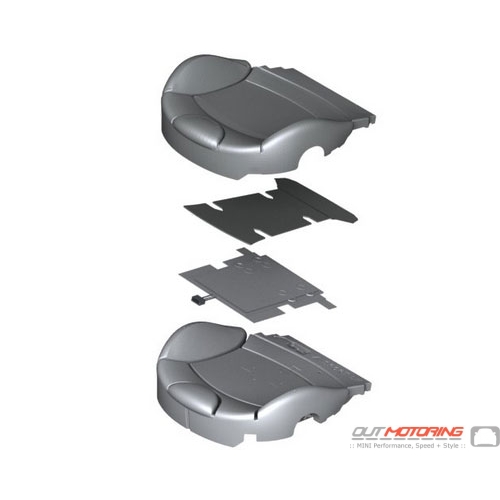 This is a review of the M12 stud conversion kit for the R53 MINI Cooper S. This is the second stud kit that I have installed. The first set was of much lessor quality and was totally worn out within six years of auto-x, track days and winter tire change-over.

I do have one question; Do you recommend any using any lubrication on the threads of the studs? John W
Shipped as a red S. Bolted on grill great. Over a few months the red S faded to chrome. Still looks cool though. Todd
Outmotoring is great. Aaron provides exceptional customer service and is always very helpful in answering questions. He also is very good about if there is any issue with the product about extending a credit or refund without hassle. I would recommend buying here if you own a Mini! Caleb A Bartz
Read MORE COMMENTS »      Write Your Own Testimonial »