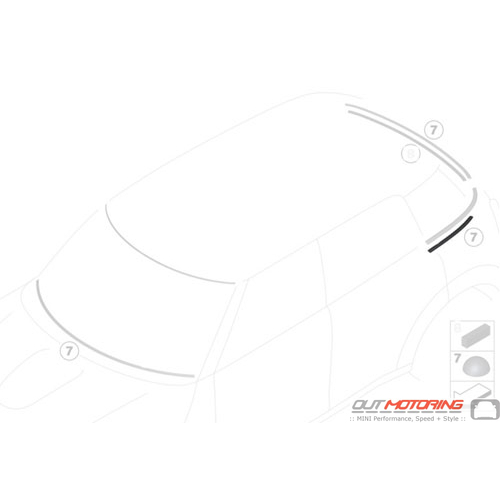 I left a comment on my last order hinting at throwing in a license plate frame for me. I didnt know whether to expect one or not but you guys came through! I appreciate that, thank you. Bryant Wolfe
Got my parcel in the mail today. Shipping was much faster than I anticipated and my hat makes me proud :) Needless to say, my evening is now booked, installing all my new treasures on my much-loved Benjamin. Thanks again! Kara Wohlgemuth
Without a doubt, Out Motoring is the best aftermarket retailer I've worked with. I came in to buy some small parts. I mentioned that I needed a few of the nutcerts for my Mini. One part that I needed had to be shipped to me. When it arrived they had included the nutcerts.

Today I ordered a few more parts I needed before taking my Mini into the shop. They were shipped out within 6 hours of placing the order.
Out Motoring is my go to shop. Alex
Read MORE COMMENTS »      Write Your Own Testimonial »