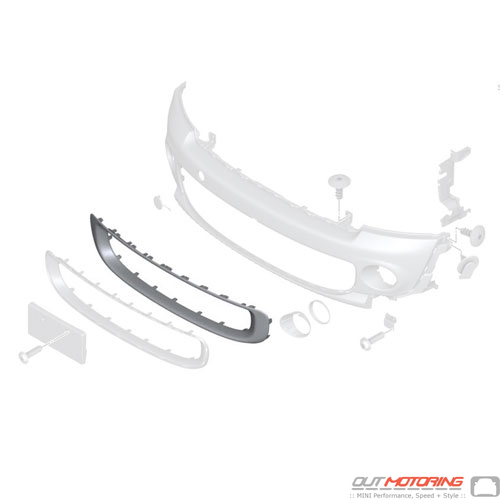 I needed some clips for front fender trim. I ordered the wrong clips, but the folks here saw my note that I was fixing fender trim and sent me the parts I actually needed as well as the ones I ordered, at no extra cost. Fantastic service. Tom B.
I recently installed the aftermarket chrome interior package on my Mini 2 door coupe S. Prior to installation the carbon black interior felt dark and somewhat cheap. After installation the interior came alive. It appears much richer and bright and almost a different interior. It takes patience to install all of the pieces but it is time well spent. Highly recommended. Lou Kirchner
Loved the trunk handle for my 2006 Mini Cooper S! Daniel
Read MORE COMMENTS »      Write Your Own Testimonial »