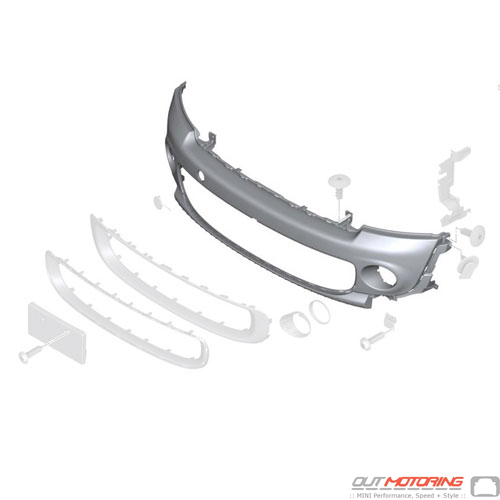 Received my order today Fri Mar 5, as usual excellent service with an excellent product,liked the idea that you guys sold the grill as a 2 piece rather than having to order two seperate pieces,like some of the other suppliers, will be dealing with you again in the future.Cheers Bill Bill Frizzle
A note of appreciation from our MINI club...

-Greg Greg
My Car in the Caribbean was wrecked and i was having a lot of issues getting the parts i needed from multiple suppliers. I supplied a list of what i needed to Aaron and the rest is history, i can honestly say it has been one of the best representations of customer service i have ever had and it was clear my interest was at heart every step of the way, even a difficult last minute change in shipping was facilitated without fail. All parts were perfect and i can honestly say i have no regrets! Excellent service from and amazing team! Rene Rochford
Read MORE COMMENTS »      Write Your Own Testimonial »