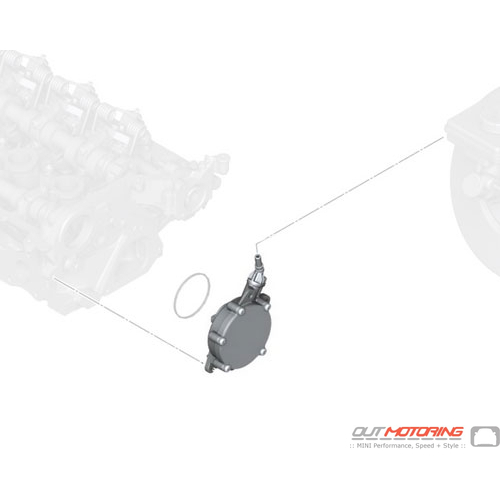 I've purchased quite a bit from Outmotoring, from hood scoops to GP diffusers and coilovers. They are quick to help with questions and the products are great for the money. Aaron
I spoke to Aaron one day when they were shut down due to snow and ice no one was in but Aaron he made it in,so I was calling about my order and Aaron answered the phone and I asked him about my order and he checked it out and told me that the order went out and we got talking about MINI CAR'S HE WAS SO NICE OF A PERSON AND TOLD ME THAT THEY HAD A STORM AND NO ONE COULD MAKE IT IN BUT HIM HE TRYED TO GET OUT OF HIS DRIVEWAY WITH HIS MINI BUT IT WAS TO BAD SO HE DROVE HIS TRUCK AND MADE IT IN AND THEN HE TOOK MY ORDER AND WE SAT ON THE PHONE TALKING ABOUT MINI CAR'S I WILL ONLY BUY FROM HERE.!!!! THEY HAVE THE THINGS THAT YOU DONT SEE ON OTHER WEB SITE'S.THAT'S A PLUS TO HIS COMPANY.!!! I BUY FROM HERE ALOT AND TODAY I'M GOING TO ORDER SOMETHING'S FROM HIS COMPANY. KEEP UP THE GREAT WORK Aaon.!!!! AND YOU HAVE A GREAT STAFF.!!! THE WOMAN THAT TAKE'S MY ORDER ALL THE TIME HER NAME IS BRETNEY AND SHE HAS ALOT OF KNOWLEDGE OF THE MINI CAR'S I MUST SAY SHE IS A KEEPER.!!!! HE ADDS NEW PRODUCTS THAT SAY'S ALOT ABOUT THE COMPANY THEY KEEP ON LOOKING FOR NEW PRODUCTS THAT IS A PLUS TO HIS COMPANY AND I LIKE THAT...!!!!!! John Marchione
Purchased the Red Slat Cover for my 2017 Cooper S hardtop. Dealings with Aaron Cornaby were terrific. Fast communication, fast shipping, excellent product. These guys have my future business and I coiuldn’t be happier with the Red Slat Cover. It’s a really unique trim piece to add some of the JCW appearance to the front end of my Cooper S and it matches the red trim on my black and red bonnet stripes very well. Thanks! Steve Steve Naquin
Read MORE COMMENTS »      Write Your Own Testimonial »