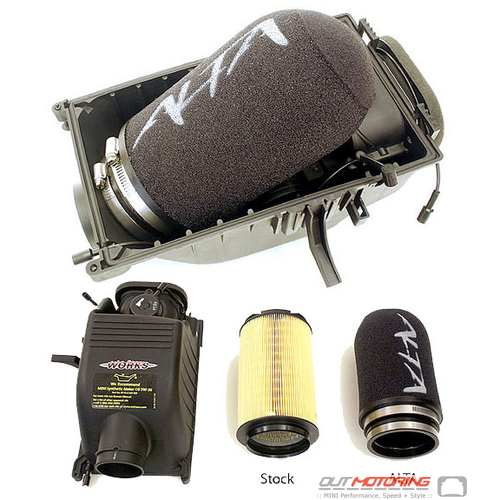 Installed short shifter kit with no problems except kit did not come with 'o' ring for shifter shaft. Factory 'o' ring was too larger off of OEM shift lever. I would also recommend some good out door adhesive to reinstall dust cover on shift box, because some of the locking tabs may break off when removing. And with this short shifter kit there is no need to modify shifter box as some other products require you to leave dust cover off or purchase a drop cover to accommodate the longer shift lever. Thank you so much Out Motoring for another great product and customer service, Jon Jon Newman
Replacing the puddle lights on my 2010 R56 with Ringed Mini Wings has been the highlight of my You-ification. There are ridiculously fun to see, as well as being very bright and easy to install. Every Mini should have these! Edward Wickham
I am a new Mini Cooper convertible owner. The car I bought had a busted rear third brake light. The lights worked just fine, but the red plastic cover was missing. I expected it to be very expensive, however, I went on an online search and found OutMotoring.com. I was pleasantly surprised to find out they had what I needed, and it was not expensive at all - far less than I expected! Other sites were charging more than twice as much! ordered it on the 12th, had it by the 15th (and I didn't pay expedited shipping).