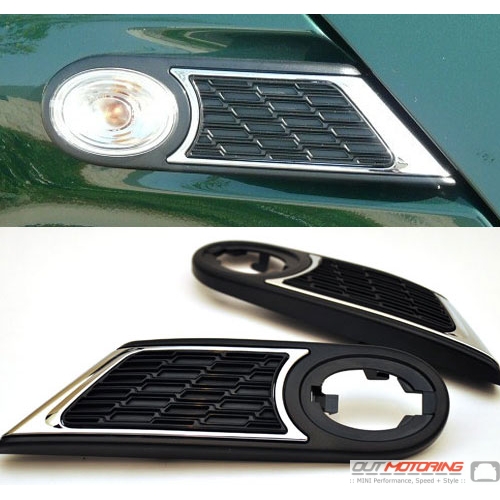 If you have purchased this item and would like to leave a product review please sign in to add your review.
1 Most useful customer reviews (see all reviews):
Guest
vast improvement over stock piece, plus it matches very well with the "honeycomb" style grill

I have purchased a short antenna, JCW black grill trim, and the magnetic grill badge mount kit all from Outmotoring. Speed and ease of ordering was fantastic. Couldn't be happier. Will always look to outmotoring first when ordering any parts.
Colin Baker
Purchased the following for my F54 JCW:

SUPERB help from the Outmotoring Staff! So YES - I'm back for more! KA Dawkins