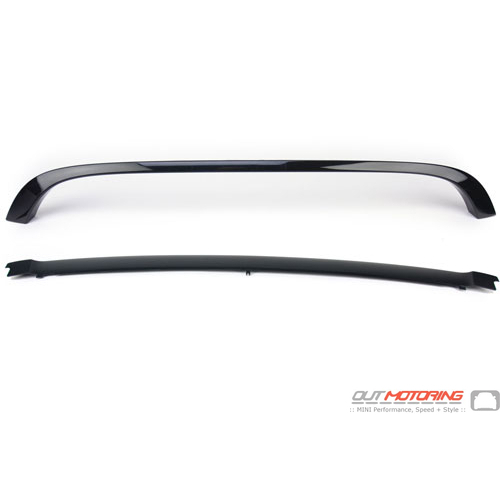 Installed short shifter kit with no problems except kit did not come with 'o' ring for shifter shaft. Factory 'o' ring was too larger off of OEM shift lever. I would also recommend some good out door adhesive to reinstall dust cover on shift box, because some of the locking tabs may break off when removing. And with this short shifter kit there is no need to modify shifter box as some other products require you to leave dust cover off or purchase a drop cover to accommodate the longer shift lever. Thank you so much Out Motoring for another great product and customer service, Jon Jon Newman
OMG! I ordered Window Rain/Wind Guards for my Mini Cooper, which, by the way, were almost impossible to find and they arrived the NEXT DAY!!! I paid Standard shipping. Amazing. I have not installed them yet but did do a test fit and they look like they are a perfect fit. THANKS SO MUCH! Sarah T Delp
Great first mod knocks out two birds with one stone (great power gains, amazing sound enhancement) for a great and really low price! 10/10 would recommend