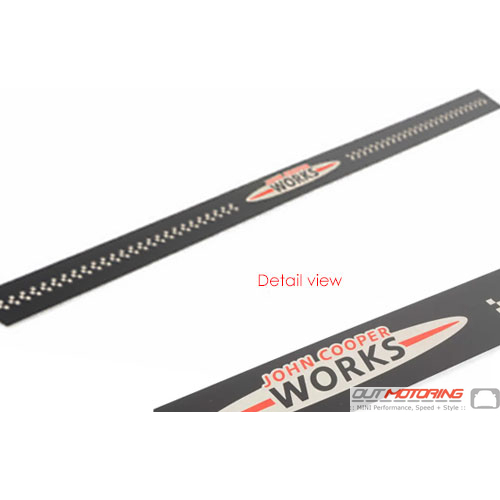 Chris
New York, USA! Chris Paparella
Purchased many things from you and have had nothing but great service. My only complaint is the mini countryman carbon fiber covers I received. They provided a glue with it that youre supposed to apply to the back, I did and now my carbon fiber covers are ruined as is the finish on my hood, I dont know what type of glue this is but it doesnt seem to make the covers stick only leak everywhere, so thats 150 out of my pocket to have this stuff buffed off my car. Tim Condron
The owner is nice, prices are in line with others or better. My complaints are twofold. First not a blasted thing comes with any installation instructions. The Eventuri intake had excellent ones you could download, the rest had nothing. I guess you are supposed to know how to install before you buy.
Second, I have left a lot of reviews on products (most of them very favorable) and yet they don't show up under the product listing. I rely heavily on customer reviews as I have found they are generally the best gauge of the product. It has aggravated me beyond speaking that I spend the time writing a detailed review, only to never have it post. When I go to the item, it will say "no reviews for this product" and then underneath it "you have written a review for this product". Seriously? Karen Casey
Read MORE COMMENTS »      Write Your Own Testimonial »