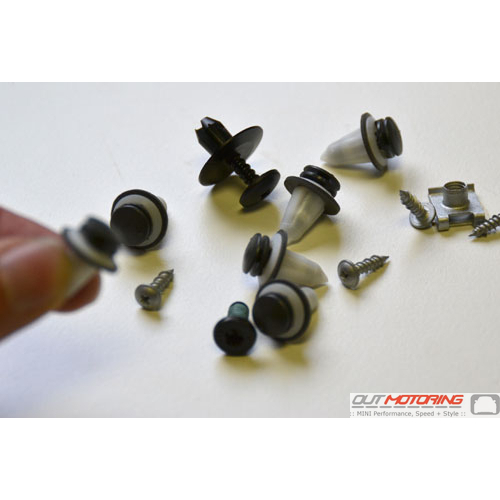 I left a comment on my last order hinting at throwing in a license plate frame for me. I didnt know whether to expect one or not but you guys came through! I appreciate that, thank you. Bryant Wolfe
I own a 2013 Mini Cooper R59 and have ordered a significant amount of items from this website. ran into some issues with the fitment of some things but Aaron from Outmotoring was quick to solve the issue. I am very pleased with the quality of all the items I have ordered and as far as I am concerned, this is the only place to get genuine, high-quality MINI accessories and parts!

Thanks for the great service! Nicholas
I just want to say, thank you for running such a good business. I just love it, I send in my order and check, and a week later I got my parts. Now this is the way to do business!!!!! I deal with Summit for my racing and hot rod parts, and they are the same. I have also dealt with outfits that you wait two or three months for your parts. I do not deal with places like this. It does not take long to learn a lesson. That is why I will buy all, and I mean all of my parts from Out Motoring. Period. Thanks again for have good stuff for the mini coopers. Greg Greg
Read MORE COMMENTS »      Write Your Own Testimonial »