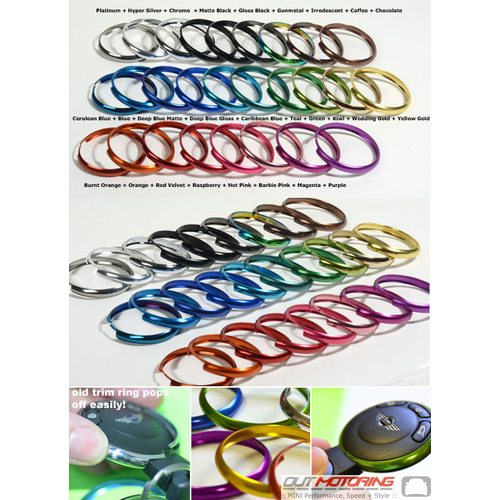 If you have purchased this item and would like to leave a product review please sign in to add your review.
2 Most useful customer reviews (see all reviews):
Pat Smith
Very pleased. No problems at all. Dealership wanted $40.00 to replace the old ring. Whaaat??
New red color looks better too!

Was the above review useful to you? Yes (2) / No (0)
Guest
Got the green, it was darker than pictured, but still nice... Very easy to change out.

Ordered for the first time. My order arrived quickly and packaged with care. The headlight rings were easy to install and so were the tail light trim. Amazing product. Ordering again for sure. Thank you out motoring! JC
Just received my most recent order from you guys and couldn't be happier. Not just with the trim pieces I ordered, but with the customer service and speed at which my products arrived.