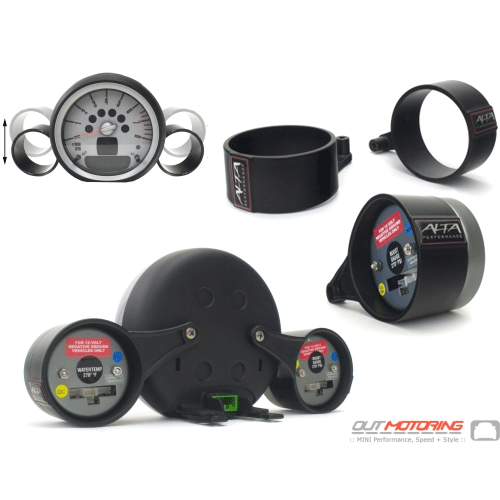 Received my headlight rings and start button covers in record time. Which was awesome. A suggestion would be to send instructions with the products. Otherwise experience was awesome. Justin Montoya
I just received my (latest) order from you guys, Blackline taillights for my R56. As always, the quality of the product was equal to OEM and the fitment was perfect. The DIY installation was quick and painless.
I just wanted to thank you for consistently offering high quality aftermarket parts and goodies for our cars.
I appreciate the repeat customer discount, and since mods never really end, you'll be hearing from me again, I'm sure. John Alfenito
My comment has to do with placing an order this weekend for less that $10 of products I tried paying with paypal three times and all three times it let me into the paypal system after logging in with my info for paypal then handed me back to your system at my shopping cart with the items still there and no order as if I never went through the process to pay with paypal. I finally opted to pay via my credit card and the system accepted the payment type and completed my order. Was this caused by a glitch in the system or what was the deal? My final order number is order #106762 which is the only one of four attempts in the end to be successful.